Wagah Border, a witness to the true military showmanship!

Few places don’t need an introduction, Wagah Border is one such place. Lying between India and Pakistan, this place holds its own importance when it comes to nationalism. Wagah border runs along the Grand Trunk Road between Amritsar India, and Lahore, Pakistan. Apart from being the border between India and Pakistan, Wagah Border has also become an important tourist point for people. The very famous Beating Retreat Ceremony involving military showmanship takes place at the Wagha border. This ceremony is held every day before sunset. 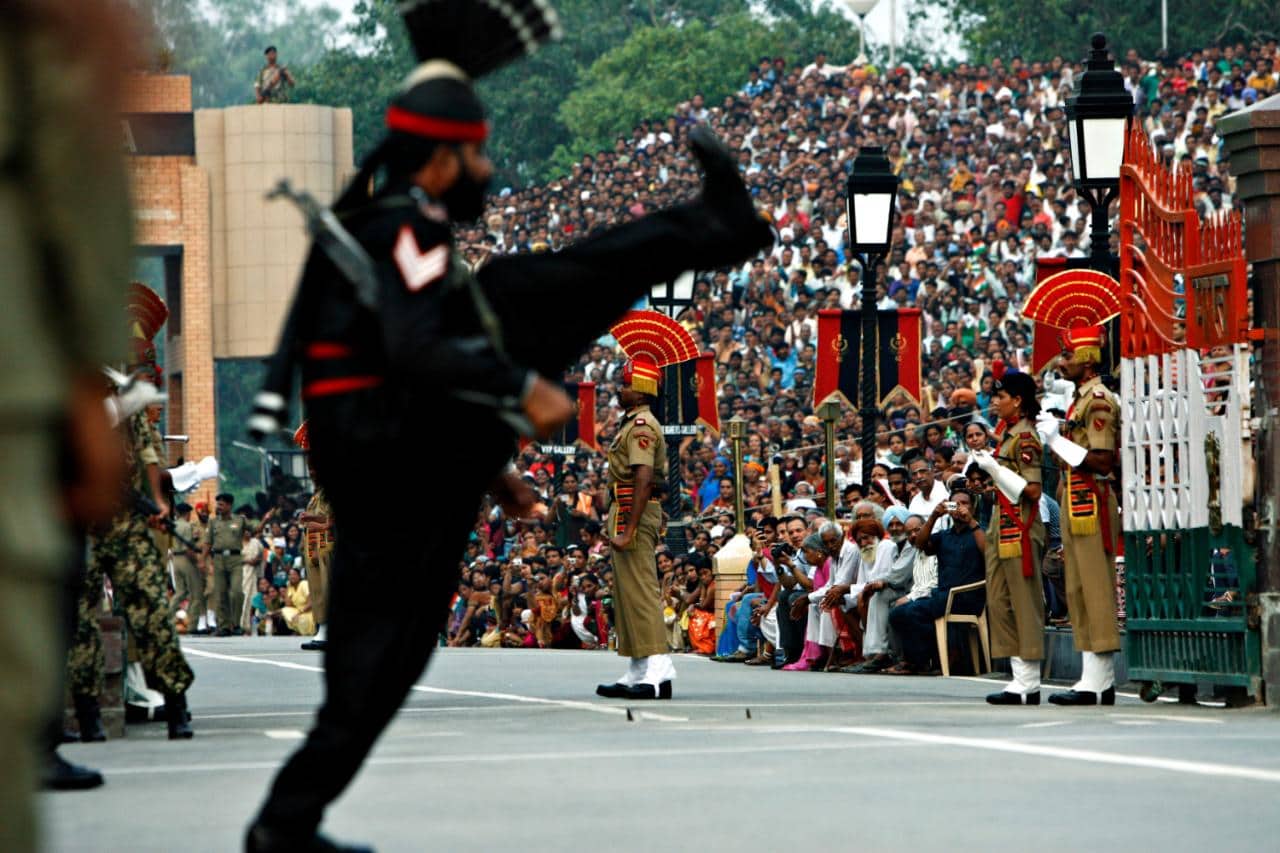 What does the Beating Retreat Ceremony include?

As mentioned above, you can witness this ceremony every day before sunset at the Wagah Border. It begins with the closing of international gates and lowering the flags of both India and Pakistan. This ceremony is conducted under the vigilance and guidance of Indian Border Security Force and Pakistan Rangers since 1959.The ceremony was started in the year 1969 and still continues. The rage and passion of the armed forces here is a must watch and is a key point of attraction. Once the ceremony starts the entire ambiance is filed with the raucous sound of patriotism. Patriotic songs rent the air as you wait for the confrontation to begin when tall sentries from each country raise their leg high enough for their boots to touch their headgear and stamp the ground hard enough for the impact to be heard over the cheers of spectators.

As the flags are lowered and folded with respect, the audiences watch in an awed hush. The sound of the pounding boots, the murderous looks exchanged by the soldiers, the brisk handshakes and the loud clang as the gates shut for the day is typical sub-continent showmanship. For all Indians and Pakistanis there, it is an endorsement of the pride they feel for their country. 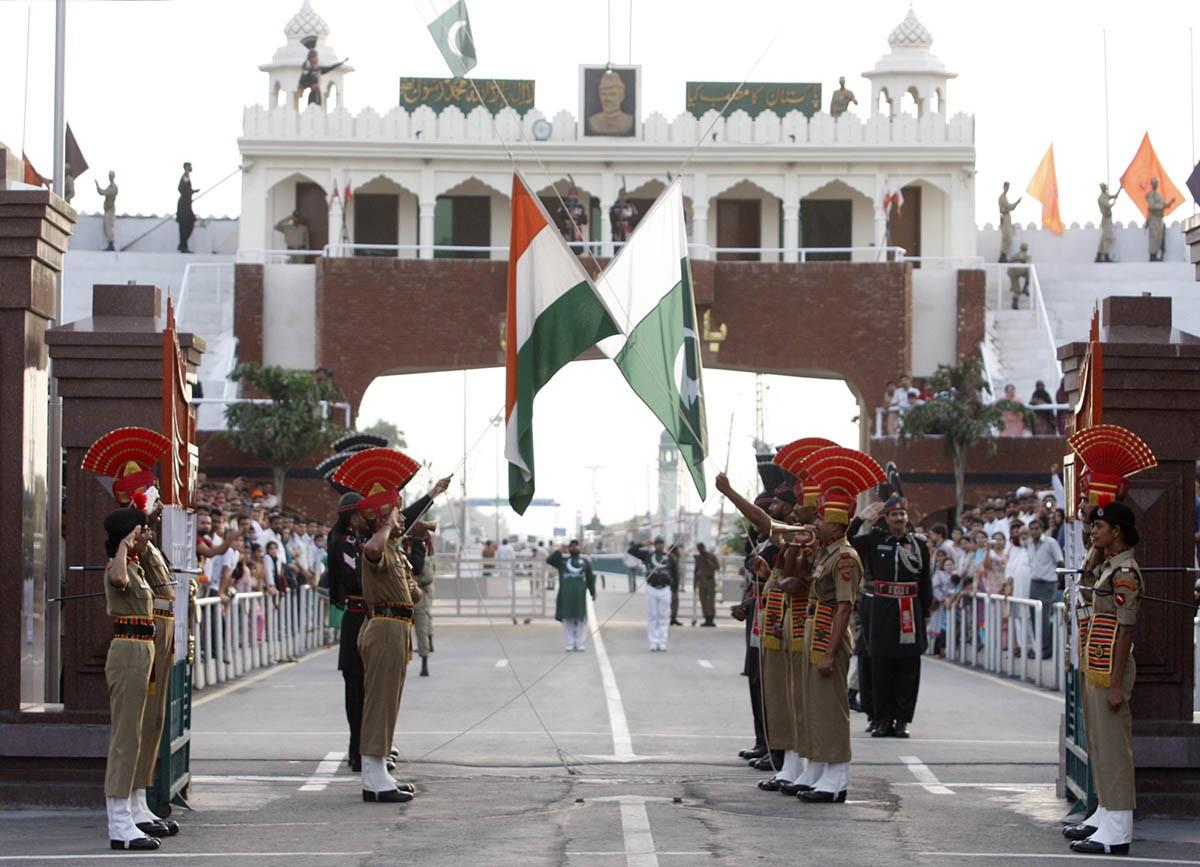 No one seems to be sure when exactly the flag-lowering ceremony began attracting tourists, but today, galleries constructed on either side can hold up to 20,000 people — the border crossing turns into a full-fledged stadium at sunset.

The border is 22 kilometers away from Lahore 29 kilometers from Amritsar. The military showmanship of the armed forces of both the nations continues for 30 minutes, during which the soldiers of both the nation meet at the border post. The objective behind this ceremony is to officially close the border for the night. But, it has become a great point of attraction for the tourists. 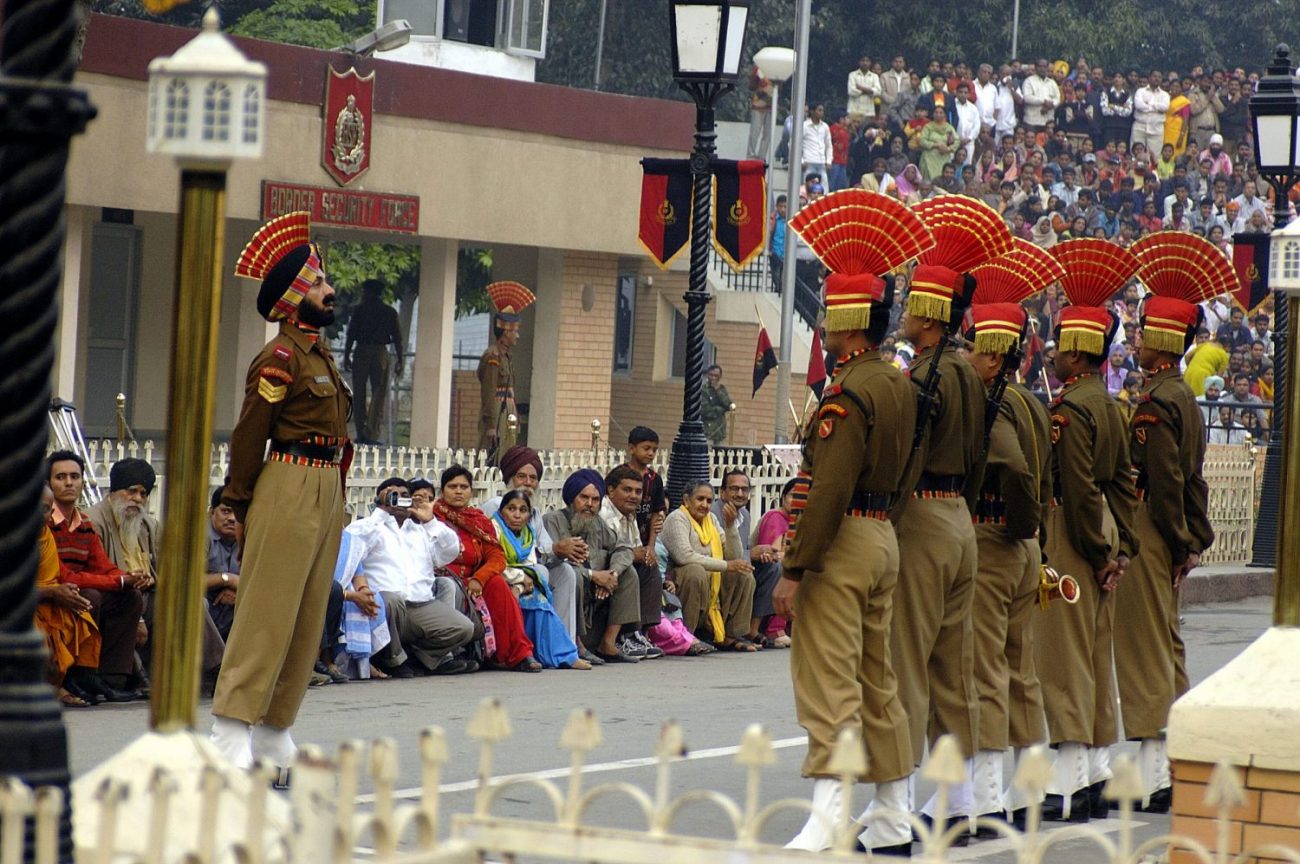 Both sides of the border have a gargantuan gate which is emblazoned with “Swarn Jayanti Dwar”. The national anthem, military showmanship and applauds of the nation completely fill with you immense pride and feeling of patriotism. There is a complete seating arrangement for the visitors so that they can come and enjoy the entire show.

Cost: No entry fee, but, it will be good if you reach before time to grab your seat. 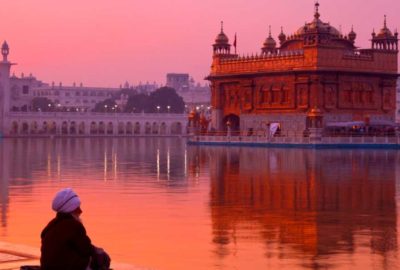 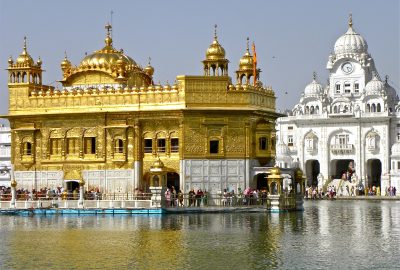