• Today proceed for a 2 hours visit of one of the top wonders of the modern world.

• The Taj is an experience of its own kind, while on the one hand, its magnanimity is so sublime, so on the other, the exquisite inlay work and detailed craftsmanship together with the calligraphy are simply amazing. The combination simply leaves one absolutely mesmerized. The sheer splendour of the mausoleum is consummate, and the vastness is simply monumental. The tomb is at the northern end having an expanse of greenery and fountains between it and the gateways. The ceiling is adorned with floral patterns and the décor of floors with geometric designs. The inner of the main structure is in lakhauri [a kind of earthen brick], which have been carefully covered with marble, whereas the adjoining structures are covered with red sandstone.

• As one goes around, the most breathtaking part remains the exquisite inlay work that looks up from every nook and corner of the façade. The blooms are worked out in immense detail and every dot and alphabet of the Holy Quran is neatly etched, cut and inlaid to perfection. The moods of the Taj vary from dawn to dusk. It looks milky white in the soft light that characterizes early morning, while the afternoon sun makes it glisten bright and dazzling in the overhead sunlight, almost looking like a jewel against the opaque blue of the skyline and then comes a moonlit Taj breaking into the night sky, majestic and simply beautiful in a sense that cannot be put into words. The sensuous appeal can never be more heightened as on a full moon night when it shines like a pearl making the visitor stand agape at the spectacle. The romanticism and sheer majesty of the structure is unbelievably true! No wonder if millions of people chose it amongst the World’s top wonders. 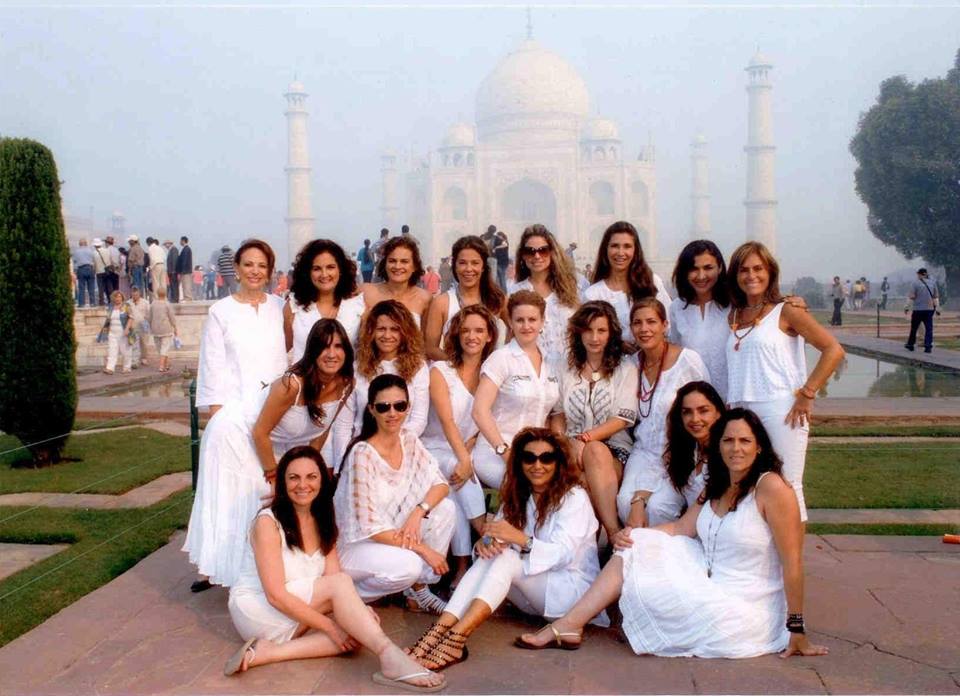