Fatehpur Sikri is a fascinating ghost city built in the 16th century; 37 km from Agra. Akbar the great, who at 26 years did not have an heir, founded this historic site, Fatehpur Sikri. He went to a saint, Shaikh Salim Chishti who lived in a city called Sikri. His blessing gave Akbar 3 sons. As a gesture, Akbar built a whole new city in Sikri. Akbar named his new capital Fatehpur Sikri or the City of Victory. Fatehpur Sikri is one of the finest examples of Mughal architectural splendour at its height. It was built between 1569 and 1585 and was intended to be the joint capital with Agra, but was soon deserted because the water system could not support any residents. It remained untouched for over 400 years now and its palaces are a remainder of the extravagance of the Mughals. Fatehpur Sikri is the best example of the culmination of Hindu and Muslim architecture. Fatehpur Sikri Mosque is said to be a copy of the mosque in Mecca and has the designs derived from the Persian & Hindu architecture. After this. within 20 years, the capital of Mughals was shifted to Lahore. 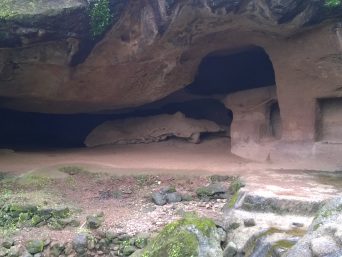 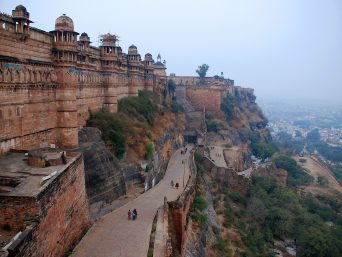